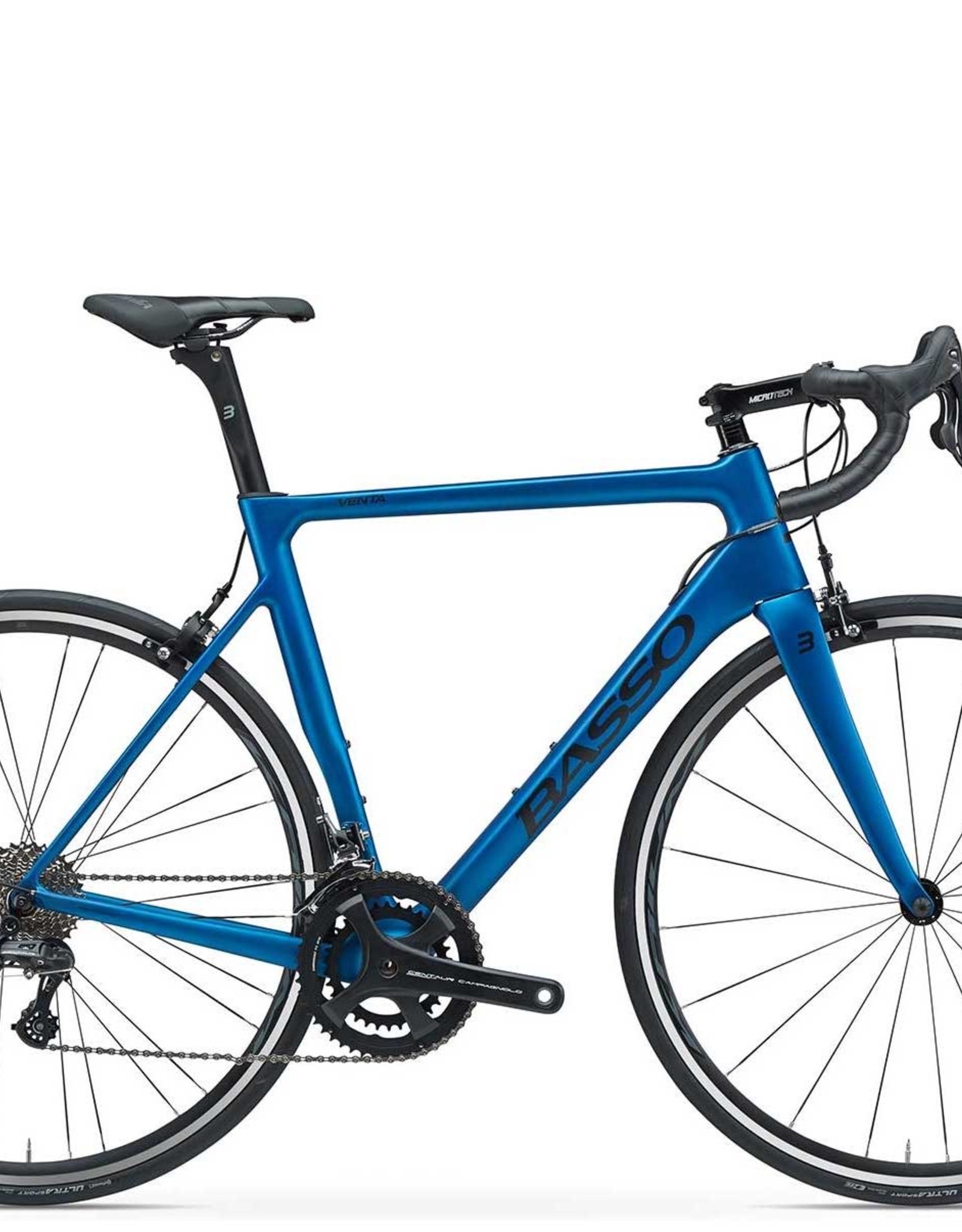 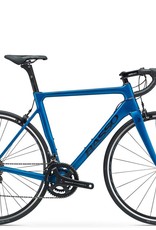 The Venta is Basso's entry point carbon road bike and is available in both rim and disc brake configurations. It is aimed at the rider looking for Basso's signature racy but confident feel that is derived from meticulously considered geometries - a core aspect of the brand - but with a more relaxed position and compliant ride.

With a completely new design that is as technically sound as it is beautiful, the new model is the first that follows a new design principle for Basso, one that offers more coherence in terms of design between all models, regardless of their position within the range.

The Venta is one of the finest looking carbon road bikes at the price point - typical of Italian design. While the aesthetics go a long way into defining the beauty of the Venta, it is the craftsmanship that sets this frame apart from its competition. Like all Basso bikes, the Venta is made in Italy, by hand, by Basso and with the same extreme attention to quality and detail used to make the most premium frames in the range: the Venta represents a fantastic value proposition.

There are many carbon bikes available today so why should you consider a Basso?

Basso was among the first to research, develop and employ carbon in its frames. By not only building with carbon but researching new methods and techniques to continually improve performance, reliability and durability, the Basso Venta frame is an advanced piece of technology that rivals anything else on the market and rides like only a Basso can.

Most carbon bikes - particularly at this price point - are not made entirely of carbon, they are 'mechanised' - in other words, they use inserts or bonded aluminium elements in their construction. If your bike is not regularly and thoroughly cleaned and maintained (as all machines should be) these elements and bonded pieces can ultimately fail or cause issue. Through meticulous research and development the Basso Venta carbon frame is designed and built without the incorporation of alternative, contrasting materials. Advanced carbon technologies allow for all elements of the frame to be constructed without compromise and with incerased integrity, wholly in carbon fibre and completely without the incorporation of alloy or metal components. It is this aspect of construction - rare indeed at this price - that is in part responsible for the continuity of performance of the Venta over time.

Fast but smooth, the Venta is built without compromise and deftly balances the stiffness required for a reactive, precise and thrilling ride, with the confidence and comfort for all day adventure.

An oversized bottom bracket and down tube meet with a reinforced head-tube junction to resist torsional stress and result in extremely efficient power transfer. No power loss to flex means more efficient riding, more energy for the final and more speed for equivalent watts. Basso use a tapered headset in the design of the Venta frame too and the 1 ⅛” to 1 ½” headset greatly enhances the manuverability and ride feel of the Venta, delivering precise and confident handling characteristics that let you know where you are and more importantly - where you are going to be.

A more relaxed geometry than the likes of the race-oriented Diamante, gives additional comfort to the meticulously developed carbon layup that has been created to confer both a reactive and comfortable structure. The straight fork and compact rear triangle make for responsive handling performance, so the Venta is agile enough for even the fastest most technical situations.

Like most modern road bikes, the Venta benefits from Basso's Double Fit construction that provides dedicated internal routing that is optimised for either mechanical or electronic groupsets so versatility and future-proofing are ensured. In addition, each and every tube in the construction of the Venta has been made to reduce aerodynamic drag to a minimum, allowing you to move forward faster and with less effort. Basso's aerodynamic approach seeks to develop a versatile design that takes into account the highly variable wind situations and angles that the rider may find themselves in. Aero optimized not for the wind tunnel but rather for the real world.

Ultimately, the fantastic ride quality that is derived from Basso's engineering is permanent, making the Basso frame perform as well after several seasons as it does on the first ride. Invest in Basso composite technology and it will pay dividends for your cycling future.

The 20th anniversary Venta blends head turning and function-driven design with performance, that makes it a more than capable race-ready steed. Sleek lines and minimalist graphics make sure that this frame perhaps one of the most elegant within its segment.

The Venta, represents the fantastic design premise of the original model as well as the ethos of the brand. It is testament to the fact that impeccable craftsmanship, performance and design, built to race and built to last are qualities found throughout the entire range of Basso bikes, no matter their price point.

The unisex Basso Venta is available in 7 sizes to accommodate all riders.